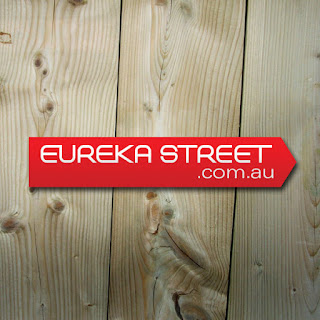 Just before Christmas a young Afghan, presumably Muslim, drove a vehicle through a group of pedestrians in Flinders Street in Melbourne. Some people were seriously injured. But this wasn't the first such incident in Melbourne. Twelve months earlier another man did the same thing, killing innocent people including a ten-year-old girl from the Jewish community.

The recent incident was different but in many ways the same. The earlier incident didn't involve an Afghan Muslim driver, though it did involve the funeral of a three-month-old victim at a mosque.

Still, victims and their families don't count when cultural battle lines are drawn. Despite the deaths and greater carnage of the earlier incident, the usual suspects in our allegedly conservative media weren't attacking police and clamouring for the accused to be declared a terrorist. For them, the accused was clearly of the right background and religion.

My South African friends tell me that during the Apartheid era in South Africa, police dogs were trained to attack criminals. How would the dog know who was the criminal? Simple. Look for the black person. So when the dog would see a black person, the dog would instinctively show aggression.

Many in Australian media and politics have become like South African police dogs. In policing our culture to ensure its purity, they show aggression to the usual suspects including Muslims, South Sudanese, Sudanese, Africans (well, the black-skinned ones) and Indigenous people. A dark-skinned person committing violent crime is classed as a Sudanese, and so a South Sudanese and/or an African Anyone who shares his/her appearance or ethnicity is then fair game. Anyone who tries to expose the stupidity of this cultural polemic is accused of 'political correctness' or of belonging to a nebulous group called 'the Left'. 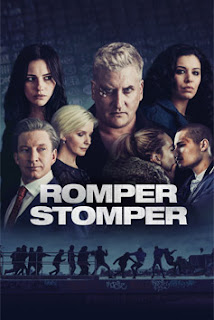 Which brings me to the recent TV drama series incarnation of Romper Stomper. Like its movie-length predecessor, Romper Stomper Mark II also deals with violence and terrorism. But this time the white-skinned side of extremism in Australia isn't limited to a skinhead fringe. The antecedents of Right-White Nationalism have, over almost three decades, entered the mainstream of Australian discourse. Or perhaps they were hiding under the surface waiting for a set of events or perceived threats to grab hold of. Like all extremism, RWN claims the mantle of victimhood, of being the continuation of a righteous struggle.


"When society is caught between two forms of extremism battling each other, ordinary people often feel they must choose sides."

In Romper Stomper, RWN isn't just represented by Blake Farron (Lachy Hulme), the small businessman at the helm of the far-right group Patriot Blue. It is also represented by an opportunistic TV shock jock Jago Zoric (David Wenham) whose rhetoric on race and culture is virtually the same though less blatant than Farron's. One might say Zoric is the equivalent of the shock jocks Peter Dutton speaks to (if not of Dutton himself), with Farron more resembling Pauline Hanson or Milo Yiannopoulos. Zoric and Farron feed off each other.

But Romper Stomper doesn't pretend that political violence is the monopoly of the right. Indeed, the first violent incident on the show is initiated by leftist undergraduate students calling themselves Antifasc and led by a politics academic. Donning face masks and hoods, the exclusively Anglo-Australian Antifasc activists (or terrorists depending on whose side you're on) attack Patriot Blue at a Halal Food festival in St Kilda. It was a classic case of LWI (Left-White Internationalism) attacking RWN, with ordinary Muslims and foodie hipsters caught in the middle.

Except that Patriot Blue had the backing of powerful media elites who labelled Antifasc as violent thugs. Antifasc's broad goals — protecting a minority from violent bigotry — may be noble even if their methods are violent and not always in the interests of those Antifasc seeks to protect. At best, Antifasc punch up and across while Patriot Blue always punch down.

And then there's Laila (Nicole Chamoun), a Muslim undergraduate student. Now if you saw Laila in the street, you wouldn't know what her ethnicity or religion was. She doesn't wear a headscarf and is about as religious as any other Muslim girl who drinks beer at the pub (yes, I've met quite a few of them).

Unlike Patriot Blue, Laila didn't see herself as a victim. Her parents aren't what the RWN and their shock jock buddies would see as typical Muslim parents. They allow their daughter to go to university, and Laila's father encourages her to be an activist but within conventional democratic boundaries — media, lobbying and elections.

Laila follows her father's advice by going on Zoric's show. She is ambushed when Farron appears opposite her out of nowhere. Farron and Zoric turn on her, casting aspersions on a faith she barely follows and a group she feels is being victimised. Laila receives text after text from people she knows saying she has brought shame on herself and 'the community'.

Laila becomes disillusioned and disheartened. The conventional boundaries of lobbying and democracy have failed her. As for elections, I doubt Laila would be able to handle the experiences of Anne Aly and Ed Husic.

When society is caught between two forms of extremism battling each other, ordinary people often feel they must choose sides. Which side does Laila choose? Or does she choose a third side? And which side is involved in the suicide bombing? I guess you'll have to watch it to find out.?