AUSTRALIAN POLITICS: Peter Andren we need you more than ever to keep our MPs honest 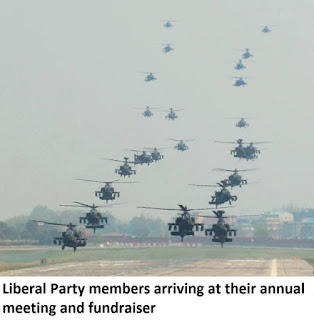 It's often said that the major problem with our Parliaments is they are inundated with lawyers. As a lawyer myself, I admit that we are excellent at splitting hairs. Our plain English skills also leave a lot to be desired. Little wonder one of our most complex pieces of legislation – the Social Security Act – is barely understood by most lawyers let alone Centrelink clients. Yet anyone falling foul of Centrelink rules, even accidentally, can expect all the resources of the Department of Human Services to come down on them hard.

One advantage of having so many lawyers in Parliament is that they all understand financial trust. They are trained in how to honestly handle other people's money through trust accounts. Law graduates can only become lawyers if they pass an exam on trust accounting. Once they start practising on their own account, solicitors can expect regular visits from the trust account inspector.

Which explains why our MPs are so scrupulously honest about their parliamentary entitlements. They know they are handling money provided on trust by taxpayers. They know that if they do the wrong thing, all hell could break loose.

In theory, at least. Once out of law practice, our ex-lawyer law-makers have gained a reputation for ignoring, bending, stretching if not flouting the rules regarding spending other people's money.

The few MPs who speak out against the rorts tend to be those elected as independents, as opposed to career party hacks. One of these, a former Federal Member for Calare in central NSW, is sadly no longer with us. But we do have Peter Andren's 2003 memoir, The Andren Report: an independent way in Australian politics.

After being elected to Parliament in 1996, Mr Andren increased his majority in 1998. Despite attacking the government's position on asylum seekers, he won again in 2001 with a primary vote of over 50 per cent and a two-candidate-preferred vote of 75 per cent. Many in his electorate would have despised some of his political positions, but they appreciated his honesty and preferred not being represented by a party hack. Maybe it helped that Mr Andren was not a lawyer but rather a local and prominent broadcast journalist.

One of Mr Andren's chapters is titled "Lurks, Perks, and Rorts". As a new MP, he was shocked by


Mr Andren was for some time at the centre of the 1997 scandal surrounding former ALP Senator and deputy president of the Senate Mal Colston. When Mr Colston wasn't supported for the plum job by the ALP, he resigned and sat on the cross benches before the incoming Howard government offered him the job with its $16,000-plus pay rise. Eventually Mr Howard had to refer


... a series of allegations involving misuse of entitlements, Commonwealth cars and postal and travel allowances … to the Commonwealth police.


At the time, Mr Andren was visiting a young offenders' prison farm in his electorate. One inmate asked him a rather logical question:


How come that bloke Colston can't be charged, when I'm in here for 16 months for stealing a car and possessin' dope?

Following questions from Mr Andren, a number of Coalition MPs and Ministers were forced to amend their records. One minister was forced to pay back $8740 to the Department of Administrative Services. One senior cabinet minister, a minister and an MP who admitted to repaying false travel claims of around $9000 resigned or were sacked. Two of Mr Howard's staffers were also made to resign for covering up the secret repayments. In September 1997, Mr Andren questioned Mr Howard about


... members given the opportunity to correct and amend their signed-off travel claims prior to enforced scrutiny … and before their tabling and publication in this house.


He also asked when MPs would acknowledge that


... the TA [travel allowance) and overseas travel system had been systematically abused and rorted over many years.


Mr Howard's response was to accuse Mr Andren of making


Mr Andren was then ejected out of the House and into the arms of an adoring media and public. Mr Andren found neither side wanted to engage in reform, but were happy to accuse each other of rorts. After a vicious attack from Peter Costello, a Labor Senator from Tasmania was found in his Canberra flat with slashed wrists. But Mr Andren knew the system was rotten and pursued the matter.


I realised I was not the flavour of the month among government and Labor members of the house … who had been part of a system that regarded the lurks and perks of office as something of a right than a privilege.


Peter Andren died in 2007, his quest to end the rorts unsuccessful. Since then, Australians have had to put up with the Peter Slipper affair, Choppergate and numerous other examples of MPs taking advantage of a rotten system. Meanwhile, we are constantly being lectured about the end of the age of entitlement. Essential services such as legal aid are slashed.

Voters deserve better than this cartel of rorts. If only we had more Peter Andrens to clean up the mess.

Irfan Yusuf is a PhD candidate at the Alfred Deakin Research Institute for Citizenship and Globalisation at Deakin University. First published in the Canberra Times on 6 August 2015.
Posted by Irf at 12:16 am No comments: