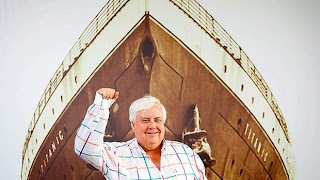 Tony Abbott has been handed a resounding victory but he is likely to inherit major problems in the Senate.

Back in the 1980s, when I was an innocent Sydney teenager, politics was so much simpler and hence so much more boring. We had Labor and we had the Liberal/National Coalition. Labor behaved as Labor should, while the Coalition were as conservative as expected. There was also a third force, called the Australian Democrats, who were boring as all buggery and whose sole responsibility was to "keep the bastards honest" in the Senate. Exactly how this was done went right over my young head.

These days, Labor is behaving like the Coalition while the Coalition's rhetoric sometimes makes me wonder whether they are channelling Genghis Khan. Instead of the Democrats, we have the Greens and a host of independents who often hold the balance of power in the Senate and can make governing almost impossible.

The last six years has seen Australia's Labor Government at war with itself. In 2010, Australians went to the polls, facing an ostensible choice of Labor's Julia Gillard and the Coalition's Tony Abbott. They got a hung Parliament. A handful of independents went with Julia Gillard to form a weak Government.

But over the weekend, the nation decided they wanted a break from unstable government hamstrung by fringe interests spoiling the law-making process. Tony Abbott was handed a decisive victory. Kevin Rudd, who stabbed Julia Gillard in the back after she stabbed him in the back, just managed to hold his seat.

Abbott ran a disciplined campaign with few gaffes. Actually, that isn't quite true. There were some absolute doozies from the Abbott camp. On one occasion he praised Western Sydney candidate Fiona Scott for her sex appeal. Scott went on to tell the ABCTV current affairs show Four Corners:

[Asylum seekers are] a hot topic here because our traffic is overcrowded." When asked to clarify, she replied: "Go sit on the M4 [freeway], people see 50,000 people come in by boat - that's more than twice the population of [western Sydney suburb] Glenmore Park. 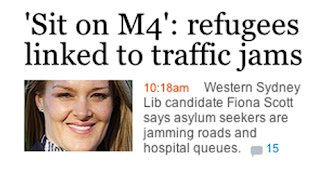 And I thought all the traffic at Bondi beach was the terrible Kiwi drivers.

Scott comfortably won her seat. Tony Abbott has a huge majority in the House of Representatives. He can easily form a government but he has no control over the Senate. Few governments ever have had a Senate majority, but at least they've known who they must negotiate with. But this time around, the Senate looks likely to have an undisciplined unrepresentative selection of minor and single-interest parties holding the balance of power.

In NSW, a mega-libertarian bunch calling themselves the Liberal Democrats confused a swag of Liberal voters. Voters had to complete a Senate ballot paper big enough to wrap around like a sari. The Liberal Democrats were fortunate enough to be placed first on the ballot paper. Their incoming Senator David Leyonhjelm, a former veterinarian, told Fairfax Media, "Looks like I'm going to be the senator for the donkeys".

Leyonhjelm supports a virtual flat income tax, freedom to carry concealed weapons, an end to bicycle helmets and rolling back the "nanny state".

The madness doesn't end there. In May 2012, billionaire mining magnate Clive Palmer approached the Coalition to run as a candidate in the seat of then ALP Treasurer Wayne Swan. Mr Swan's response was: "The Liberal Party, particularly in my home state, is a wholly owned subsidiary of Mr Palmer". Palmer was a major donor to the Coalition.

When he fell out with the Coalition and formed the Palmer United Party (PUP), the eccentricities only multiplied. In China Palmer is building a massive ship, the Titanic II, which will retrace the ill-fated voyage of its predecessor. He is also developing his own Jurassic Park on the Sunshine Coast which will contain 160 giant dinosaurs, each of which can move and make some loud noise.

After the election, Palmer and his party will make some serious noise in Canberra. His private jet, painted with PUP colours, has made some noise in the sky. He is still in with a chance to win his Queensland Lower House seat, and there will be at least two PUP senators as well. One of them is rugby league legend Glenn Lazarus, nicknamed "The Brick With Eyes". Sounds like a formidable senate negotiator. 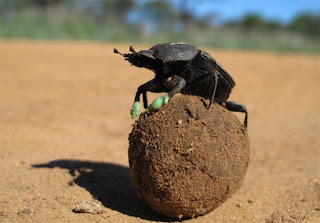 My favourite? The Australian Motoring Enthusiast Party (AMEP) in Victoria who look set to pick up a Senate spot after achieving a whopping 0.52 per cent of the primary vote. Candidate Ricky Muir is just your ordinary Aussie bloke who doesn't mind uploading videos on YouTube of him throwing kangaroo poo at his brother. Muir, who has had a long stint in politics with his 3-month AMEP membership, told ABC: "If you haven't spent much time in the bush, you go out there and you'll discover that there is poo everywhere."

I guess they don't call Canberra the bush capital for nothing.

Tony Abbott is going to have a hell of a time negotiating with the motley crew likely to inhabit the Senate.

Irfan Yusuf was a Liberal candidate in the 2001 elections. Politically he prefers to be left right out.