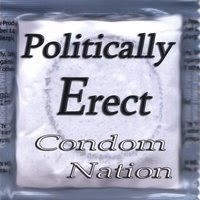 An old friend from my Young Liberal days recently asked me why I write so much for left-of-centre publications (he used the example of NewMatilda.com). “Have you become a leftie, Irf?” he asked.

(No doubt he’ll be shocked to learn that I’ve also commenced writing for the allegedly left-of-centre Jesuit ezine Eureka Street.)

My own views haven’t changed all that much. I’m still basically a supporter of the free market, even if I believe that it doesn’t always produce the most beneficial outcomes.
My problem is that I find so many Western conservatives have adopted a number of rather strange ideological habits. One of them is political erectness, a trait which I have identified here.
So what is real conservatism? I think real conservatism is a way of thinking which frowns upon revolutionary change. Conservatives realise human beings are human beings, and that any agenda for change has to be gradual and based on a thorough understanding of the strengths and weaknesses of the status quo. If it ain't broke, fix it cautiously.

Much conservative policy-making these days treats human beings as pieces of computer hardware that merely require the right (or should that be Right?) ideological, policy and/or legislative software. With the proviso, of course, that the human beings involved are free of alien racial, ethnic, cultural or religious viruses.

Unfortunately most conservative politicians (and ideologues, editors and columnists) these days think that the only way to prove you’re really conservative is to reach positions on all issues that are completely opposite to what the Left has come up with. (And why should this surprise anyone? After all, so many of today's so-called conservatives are just ex-Lefties trying to get somewhere in the world.)

Anyone who defines themselves by what they don't stand for (as opposed to what they do stand for) is intellectually weak and deficient. When a conservative columnist attacks something just because it is expressed in a manner or has an outcome that someone on the Left might support, you can tell they aren't a real conservative.

Now if the Left happen to come up with an idea or policy which can also be reached using conservative reasoning, why should conservatives necessarily oppose it? They will only do so if they believe in political erectness.

Another weird thing about much modern conservatism is that it has forgotten the reality of human beings as multi-dimensional creatures. What I mean by this is that human beings have numerous layers of identity – culture, language, religion (or lack thereof) etc. Today many conservatives treat certain people as belonging to some group just because one layer of their identity is regarded as unpalatable (often for politically erect reasons).

This propensity to pigeon-hole people is a dangerous trend. Just because a person shares one layer of their identity with mass-murderers or terrorists, it doesn’t make that person a mass-murderer or a terrorist. Old-style conservatism looks at people as individuals. The new style of allegedly conservative political erectness allows its practitioners to impose negative characteristics on large numbers of individuals, often with absurd results.

Hence, some UK-based conservatives seem to think that virtually all peoples associated with Islam should be deemed terrorists. With Muslims, terrorism becomes the rule unless the Muslim can prove that they are sufficiently “moderate” (something that is often only provable when the Muslim becomes an ex-Muslim). Muslims who show signs of open devoutness are deemed especially suspect.

The irony of this thinking is that the first victim of the July 7 London bombings to be buried was a 21 year old devout Muslim bank clerk of Bangladeshi origin whose surname was … you guessed it … Islam. Indeed, at least 10% of the victims of this bombing had some religious, cultural and/or ancestral link to Islam.

In Australia, prior to the last election, similar reasoning was used by conservatives to demonise African migrants and indigenous Australians. Some conservative commentators even suggested that indigenous Australian cultures regard sexual assault of minors as normal. Some of these same commentators are today attacking those who are using WYD to highlight the plight of victims of sexual assault by clergy.

Political erectness isn’t about solving problems or coming up with sound policy. Rather, it now seems to be more about ghettoising individuals into groups and then imposing negative characteristics on them. Ironically, these individuals are then blamed for being part of ghettoes that exist only in the minds of their pseudo-conservative politically erect accusers.

If conservatives don’t watch out, they might find themselves going down the same disastrous road as German and Dutch right wing parties in the decades leading upto the Second World War.
Words © 2008 Irfan Yusuf
Posted by Irf at 7:51 pm No comments: 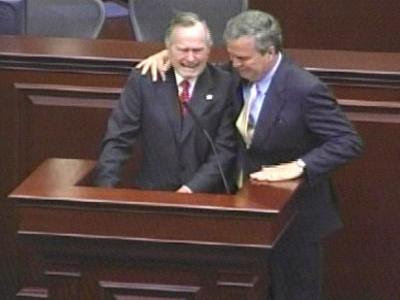 As this is a family-friendly blog, I will refrain from using too much sexual innuendo.

A number of allegedly conservative Englishmen have been invited by organisers of the IslamExpo (IE) being held in London.

Among them is Douglas Murray, a writer for the CentreRight blog. Murray reproduces an open letter to the organisers of the IE explaining his withdrawal symptoms, which you can read here.

His reasons? Apparently one of the directors of IE has commenced defamation proceedings against another conservative blogger who produces the Harry's Place blog.

I will not come on a platform hosted by people carrying out legal action against a deeply admirable and informed proponent of free speech.

What a bunch of sooks these so-called conservatives are. They refuse to partake in a debate at a forum attended by at least 50,000 people. Then they wonder why people don't take them seriously.

In the past 6 months, I've had numerous phone calls from journalists and in-house lawyers working for a certain media organisation. They've threatened me with defamation action because of material I've written on this and other blogs. Yet if that same media organisation provides me with a venue to share my views and participate in debate, why should I refuse?

After all, just because one or two individuals within an organisation enjoy providing humble bloggers like myself with an enormous ego boost, it doesn't mean the entire organisation reads (let alone objects to) the contents of this blog.

But they won't be too happy if someone mentions their associations with political extremists such as the Israeli Likud Party which is opposed to the creation of a Palestinian state. They won't be happy for their support for the disastrous Iraq war or their own links to theocratic Christianity (and its allies in the neo-C0nservative movement) to be discussed.

They don't like engaging in debate because they prefer to engage in another exercise. One that rhymes with the words "mass debate".