Writing in the Sunday Herald-Sun, Eleni Hale desperately clings to straws in an effort to find a jihadi angle to the bushfire tragedy in Victoria.

In an article headed Jihadists revel in our misery, Hale reports as follows ...


Terror watchdogs said fundamentalists had blogged on websites across the globe, applauding the lives lost and destruction.

Senior analyst at SITE Intelligence Group Adam Raisman said they were posting pictures of burnt homes and devastated victims and "taking joy in the scenes".

Who is this SITE Intelligence Group? You can find out more about this non-government profit-making enterprise here. SITE takes a fair wack of its work from MEMRI, an organisation which seems to have its own political and sectarian agenda.

Hale then revels in putting her discovery to one bushfire victim:


Bushfires victims said they were stunned.

"We're minding our own business and trying to cope with all this and they are celebrating our suffering," said Denise McCann who lost her home in the Kinglake blaze.


So one bushfire victim becomes "bushfire victims". Maybe basic numerical skills aren't a prerequisite for employment at some newspapers. And maybe tabloid editors shouldn't waste victims' (or should that be victim's?) time with such nonsense.

And who are the jihadists that are revelling in our collective misery? Again, when evidence is required, plural suddenly becomes singular:


One jihadist wrote: "It would be an act of revenge for Australian's participation in the wars in Afghanistan and Iraq."

One "jihadist"? Where? On what site? In what language? When? Is Hale citing Osama bin Ladin typing this from his cave? Or is this "jihadist" a 15 year old kid writing on this online chat room?

Already Hale's article has been picked up by a variety of websites known for their sensible and unprejudiced reporting and analysis.

But it seems the Herald-Sun's readers don't share Hale's obsession with finding the jihadist angle to everything.

This is an unnecessary and dangerously incendiary article. How stupid and pointless to stir up anti-Muslim sentiment at a time when emotions are running high and there's so much good will and community support to be celebrated.
Posted by: Deborah Bartlett Pitt
9:53am today

Don't fall for this people. The general Muslim community want nothing to do with these lunatics. As arsonists walk amongst our community, idiots walk amongst theirs.
Posted by: CFA Volunteer
12:05am today


Watch out for Eleri Hale's next article where she exposes Koala Sam's efforts to recruit other koalas on a massive marsupial jihad mission for al-Qaeda and JI. I've already received a photo taken by the SITE Intelligence Group of the devious un-Australian extremist fundamentalist jihadist creature just as it was about to film its pre-suicide video will. 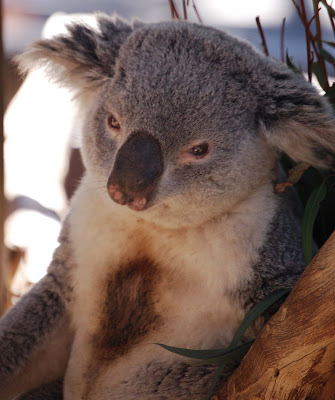 My suggestion to Hale is that she stick to writing articles about Oktoberfest.
Posted by Irf at 1:52 pm 9 comments: