OPINION: Kiwis, stay on your side of the ditch! 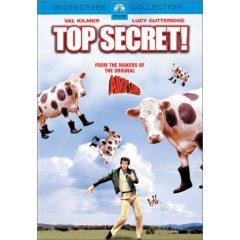 Perhaps the only rational sentence in the entire movie is where the scientist's daughter ponders her future on the other side of the Iron Curtain with her Yankee popstar lover. She thinks aloud: “Things change. People change. Hairstyles change. Interest rates fluctuate.”

Which I guess provides a simple lesson to any Kiwis contemplating leaving their North and South Island havens for the apparent prosperity of that huge West Island (presuming none of you intend gold-digging in Tasmania).

It's true that Aussie Treasurer Peter Costello's most recent budget delivered bigger tax cuts than Dr Cullen's latest offering. But before packing your passports, remember that better lifestyle and more prosperity aren't just determined by the size of this year's tax cut.

Australians pay less tax. We also pay more in living expenses. Imagine buying your first Sydney home in a passable suburb at an average price of $750,000. Imagine then paying stamp duty (say, $20,000), not to mention legal fees. Then there are state taxes, rates and a host of other hidden taxes.

Then imagine home loan interest rates going up by 1 per cent over two years while house prices tumble. Before you know it, you'll be strolling on to Cronulla beach in a bikini holding a pinned-up Peter Costello voodoo doll and screaming: “Where the bloody hell's my bloody tax cut?!”

Despite my conservative leanings, I find Dr Brash's rosy-coloured view of Australian tax cuts overly simplistic. And I reckon talented and successful Aussies (like the brothers Finn and Russell Crowe) also share my assessment.

But these talented (and therefore) alleged Aussies are the type who make money anywhere. Ordinary punters like us are affected by economic, social and political trends which don't stop just because of income tax cuts.

Some weeks back, I found myself with 600 other guests in Sydney's Four Seasons Hotel celebrating the 30th anniversary bash of the not-exactly-Bolshie Centre for Independent Studies. 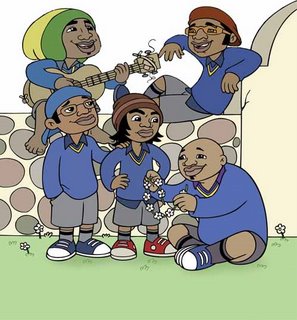 The CIS has a knack of making miniature government capitalism sound better than sex. During the mid-1990s I attended a CIS weekend capitalist student junket. Back then, they were telling us young men to go east and enjoy the fruits of Roger Douglas' experiments.

Of course, now they are recommending you move west. Who knows what they'll be saying in a decade.

Even if Aussies pay lower tax than Kiwis, is that good enough reason to move to Bondi or Byron Bay? If tax is so crucial, why aren't the Packers (or indeed the Finns) moving to Monaco?

And who says life will remain less taxing in Australia? Right now, the conservative, Liberal-led Government might seem as invincible as they were back in 2001 when even I was prepared to run as Liberal candidate for a metropolitan Sydney seat.

But Australia's real leader - Sheik Rupert Murdoch - has just issued a fatwa for John Howard to retire before Santa arrives. Which means at least three federal ministers and a parliamentary secretary could jockey for the top job. As Dr Brash knows all too well, conservatives sure know how to cut each other's (and therefore their own collective) throats. And an alternative Oz-Labor government might discover the joys of overtaxing.

There are less economically rationalist (but no less rational) reasons for Kiwis to stay where they are. I reckon even conservative Kiwis wouldn't want Cronulla-style riots in Auckland or Christchurch. And I doubt a Kiwi government would rush to support the rioters' sentiments in a hurry.

A nation's long-term prosperity is built on social cohesion. I'll call it the Waitangi factor. I'd rather be a Maori in Auckland than an Aboriginal Aussie in Redfern. In today's Australia, politicians, columnists and talk-back hosts can say things about Aborigines or refugees that would be political suicide across the Tasman.

You don't have a national paper that is American-owned and reads like Fox News. Your foreign policy doesn't put Auckland at the top of Osama bin Laden's target list. And your worst race relations are only seen on episodes of bro'Town.

All of which makes life in Kiwistan much less taxing in the long run.

* The author is a Sydney lawyer and former Liberal Party of Australia candidate. First published in the New Zealand Herald on Tuesday 23 March 2006.