Who on Earth would turn up to Kirralie Smith's "Defending Freedom of Speech Halal Choices" fundraiser? Spoiler: it's Bernardi. And Christensen. And attention-starved Ross Cameron. 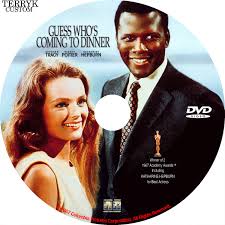 The other day my mate and I went to Nissin World Delicatessen, a popular supermarket for expats in central Tokyo. In the meat section, I saw imported meats from Australia, the United States and New Zealand. The Kiwis do roaring business here in Japan, and the huge, loud halal signs don’t seem to worry anyone. In this majority Buddhist nation, and even among its expatriate community (many of whom would be nominally Christian), the idea of eating the flesh of a cow or lamb slaughtered in the name of Allah isn’t going to lead to a House of Councillors inquiry.

But now Australia’s fractured far right has joined the halal fray, largely a case of yesterday’s anti-Semites becoming today’s anti-Halalcertifites. As Dr Shakira Hussein notes, kosher certification was once used as a means to attack America’s Jewish minority. Now the same racist themes are being used to attack halal certification and the tiny minority of Australians who identify as Muslim, including ones like me who are happy to eat halal-uncertified McDonald’s in Tokyo.

Kirralie Smith and her colleagues from the Q Society/Halal Choices/Australian Liberty Alliance have found themselves defendants in a defamation claim brought by one of Australia’s major players in the halal meat game. Smith posted a video on Facebook headlined “Mosques promote bigotry. Islam is divisive”. She mispronounces the name of the dreaded faith as “Izlaam”, claiming that it isn’t a religion in the same way as Judaism, Hinduism, Buddhism or Christianity. She claims Islam is a “totalitarian ideology” with both political and military aspirations. She also says that we don’t want people who behave violently against those who disagree with them.

But Smith has come across a Muslim businessman who prefers not to get angry but instead to use the non-sharia civil law system via defamation proceedings. She needs every dollar to defend the court case and has organised public events in early February in Sydney and Melbourne to raise funds. For just $150 you get

... a sparkling welcome, a variety of fine finger food and a generous serve of free speech. Article 19 UDHR applies. Drinks at bar prices.


And where does the money go? The promotional material states:

This is a landmark case with considerable ramifications for freedom of expression in Australia.


How does litigation pursued in accordance with a jurisdiction legislated in Australia since 1847 have considerable ramifications for freedom of speech?

Indeed, how often do you see senators and MPs involved in fundraising for one side or the other in a free speech case? Even in the case of Danny Nalliah’s defence of religious vilification claims brought by the Islamic Council of Victoria, entertainingly covered by Hanifa Deen’s book The Jihad Seminar, Peter Costello delivered an Australia Day message to a meeting organised by Nalliah and had been the recipient of Nalliah’s prayers, but that’s about it.

Peter Costello also won’t be on the podium of the ALA event. Neither will Danny Nalliah or Fred Nile or even Pauline Hanson, who has campaigned heavily on Islam-related stuff (from halal meat certification to sharia law to toilets in the Tax Office building). No one from the United Patriots Front or the Reclaim Australia mob will be present. 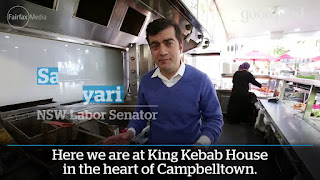 Indeed, were it not for the presence of Cory Bernardi and George Christensen, the event would hardly have been worth reporting on. This event is more conspicuous by who will be absent than present. The Islamophobic space in Australia has some powerful media and political backers. But its hardliners are deeply divided, mirroring the divisions in the Australian far right, for which hatred of Muslims has replaced hatred of Asians and Jews and other “Others”.

In the electoral stakes, at 0.66% of NSW Senate votes Kirralie Smith came well behind One Nation (4.1%), Fred Nile (2.7%) but ahead of Danny Nalliah’s Rise Up Australia Party (0.17%). When it comes to the “Islam-critical” sector, as John Howard once never said,


Instead of other prominent Muslimphobes, Shariaphobes and Halalphobes, the podium will include a crime writer, an ageing hard rocker and some bloke named Ross Cameron. And now a couple of Coalition backbenchers.