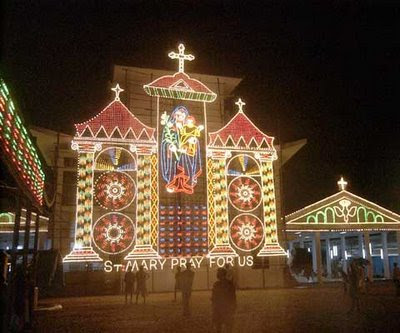 It seems my tendentious writing is continuing unabated, despite requests from some quarters for respectable media to cease publishing my work. A chap named Steve from the gorgeous city of Christchurch sent me this e-mail in relation to this article published in the NZ Herald ...

I happened to read your column published in the New Zealand Herald, published Monday 22nd September, highlighting the ongoing horrifying persecution of Christians by Hindus in India.

I would like to take this opportunity as an Indian Christian to thank you for this article, and that you had taken an initiative to highlight this.

I myself have been helped in the past and looked after by Muslim friends when I faced the problem of persecution from Hindus.

In a nation like India, that is diverse, Christians and Muslims are living like brothers, a complete antipodes of what you find in most other nations where certain groups are trying to bring divide between the two religions of Abraham.

In a nation like India, where multitude of gods are worshiped, where the 10 commandments are alien, Christians and Muslims stand by each other\'s side, hand in hand against injustice.

I have always stood by my Muslim brothers and their sufferings in India. In 1992 and 2002, when 3000 Muslims were massacred by VHP and RSS gangs in Gujarat, I was present and witnessed the anti Muslim hate.

When I moved to western nations, I faced the same prejudice of looking "middle eastern" by many in the general public. I have spend many years trying to convince people that Most Muslims are peace loving and have stood and protected Christians in India.

We have one God, one set of prophets, and under the name of the God of Abraham, I call you brother, being an evangelical Christian convert myself, I call Muslims as my brothers. I stand by their pain and suffering in India , just as they stood by us , cared us, fed us, strengthened us, in light of tremendous persecution at hands of idol worshipers.

Many Christians here see Muslims with unjustified suspicion, but I as a believing Christian, consider Muslims as a fellow religion, and work towards ending misunderstandings that some vested groups are attempting to create.

Fundamentalism and hatred has become a major problem in all societies, it divides brothers, it destroys families, it breaks down trust.

What is happening in India is massacre of Christians, 50,000 Christians alone in the state of orissa have fled.

Many lower caste Hindu to Christian converts, and to Islam are finding refuge in these religions by escaping the horrifying Hindu caste system.

There is also considerable support for VHP and RSS even by the Indian diaspora that is settled in western nations. These organizations collect funds from western countries and promote this hatred against Muslims and Christians in India.

I hope that the Lord God of Abraham, Moses, and Elijah will bless you for your courageous article in New Zealand Herald.


My only response is that the purpose of my article was not to criticise or attack Hinduism as a faith or its adherents. I'm sure most Hindus would find the actions of RSS thugs to be abhorrent just as their non-Hindu countrymen and women do. Among those at the forefront of fighting Hindutva neo-Nazism are genuine Hindu believers, many at great risk to themselves and their livelihood.

It's interesting that Steve mentions suffering discrimination when he moved to Western countries based on his having a Middle Eastern appearance. Ignorance and prejudice rarely make much logical sense. 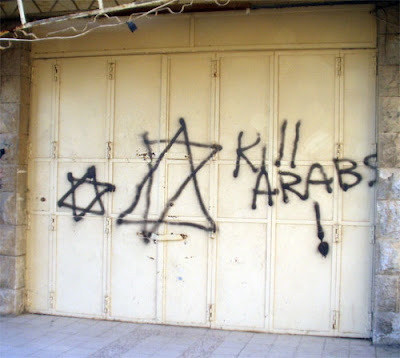 Speaking of ignorance and prejudice, poor Daniel Lewis is having a hard time convincing people not to publish my stuff. On 19 September 2008, Lewis had this letter published in Crikey ...

It is interesting that Irfan Yusuf has had the time to write an article for Crikey. He apparently hasn't found the time to update his blog to note he was forced to apologise to Daniel Pipes for libelling him with a disgusting smear. Nor, as JF Beck notes, has Irfan retracted the offensive remarks from his website. As Pipes said: "His having embarrassed the Canberra Times should send a signal to responsible media everywhere to decline his tendentious writings". This means you, Crikey!

The folk at Crikey seem to be ignoring Daniel's requests, having already published two pieces from me since his letter was published.