COMMENT: Why Israel is not at all responsible for civilian casualties in Gaza ...

1. Gaza is 10 km wide and 40 km long. Its population is over 1 million people. Civilians have nowhere to go. HAMAS is responsible because it should have extended the area of land available in Gaza. Alternatively, it should have done what some Israelis have wanted to do for 40 years - expel all Palestinians from Gaza. This whole issue would have been resolved if Gaza underwent ethnic cleansing.

2. HAMAS rockets have killed 4 Israelis. Without doubt (and no, I'm not being sarcastic here), HAMAS should not have fired rockets into Israeli territory. This is because (and here the sarcasm recommences) HAMAS knows Israel always retaliates in a completely appropriate manner. Being a Jewish state and acting in accordance with Jewish ethics, Israel follows the Old Testament rule (which also exists in the Koran) of an eye for an eye and a tooth for a tooth. Israel hasn't killed 500-plus civilians. This is all leftwing lies from Al Jazeera or the New York Times or other pro-terrorist sources.

3. Any remaining casualties beyond the 4 or 5 Palestinians killed by Israel could only have been the work of aliens from the Planet Fukasandshoe-III. HAMAS has failed to act against these aliens and must accept full responsibility. 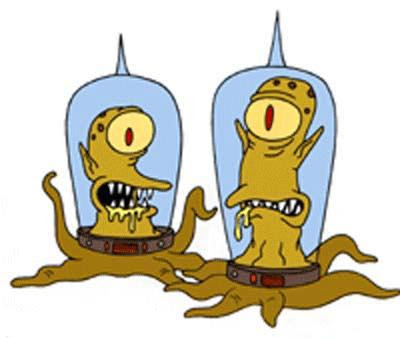 4. If you choose not to believe the alien theory, try this. Israel can't help it if the bombs it drops on crowded areas manage to kill civilians. Israel cannot help it if its bombs and missiles and tanks and shrapnel end up killing so many civilians. Clearly HAMAS should have shared its state-of-the-art Qassam-rocket technology so that Israel could kill Palestinians using rockets giving Palestinians 15 seconds to evacuate (as opposed to the current weapons that only allow them 0.1 of a second).

It's not Israel's fault. It's all the fault of HAMAS, Al Jazeera, the leftwing pro-Arab media and aliens from the Planet Fukasandshoe. Israel bears absolutely no responsibility for civilian deaths.