A new book proposes a plan to fix the Liberal parties leadership woes. 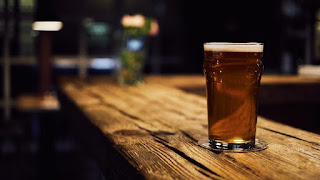 Sunday afternoon at a pub in North Sydney and Sky News presenter Ross Cameron is launching the first book of conservative apparatchik John Ruddick. It’s called Make The Liberal Party Great Again.
I’ve known John since 1994 when I found myself in the conservative faction of the New South Wales Young Liberals known as “The Team”. Ruddick was our officially endorsed presidential candidate at a time when the non-conservative faction (known as “The Group” but also known by other labels such as “The Left” and “The Pink Triangle”) had firm control over the entire NSW Party. 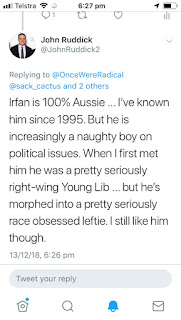 Ruddick is a likeable bloke who sells home loans for a living. He has appeared a fair few times on Sky News’ Outsiders.

The basic message of his book is that the Liberal Party is neither liberal nor democratic enough in relation to its members. Its processes lead to organisational instability and electoral ruin. When the selection of the leader is just left to elected MPs, ego and vested interests alien to the membership get in the way and the door to leadership change revolves ever so quickly.

Ruddick’s solution? Follow trends overseas. Non-Labor parties across the Western world (and in the UK even the Labour Party) have democratised the process of choosing their parliamentary leaders, including grassroots party members. In this way, the parties mimic the democratic process of general elections.

Ruddick argues the Liberal Party should hold a mega-convention every three years (mid-way through the parliamentary term) to choose the leader of the parliamentary party. The convention need not be in one place but can be spread across numerous cities. The media will be welcome to cover the event. The entire nation can thus see how Liberals choose their leaders instead of relying on media “elites” to deliver whispers and leakage.

In theory it sounds fantastic. In practice, Jeremy Corbyn. Imagine trying to keep a party membership united after such a process. And who would get to vote? If attendees at Ruddick’s launch are anything to go by, it would be a bunch of retired and semi-retired wealthy white folk. Even if the Liberal Party adopts Ruddick’s prescription of mass democratisation, the people attending the Liberal mega-convention would still be about as representative of Liberal voters as Mark Latham is of ALP voters.

I didn’t see any sitting MPs at the launch raising the question of whether anyone who could take this change on is even listening.

The closest was Stephen Mutch, former federal MP for Cook (the seat ScoMo currently holds). And, of course, there was Ross Cameron, a former MP whose Liberal Party membership has been suspended for four and a half years.

If the Liberal Party is to have any future, it should embrace the generation of young people represented by three youngsters present at the pub with their Asian-Aussie mum. In a broad Strayan accent, one of the boys boasted that he spoke fluent Thai and was learning Vietnamese at school.

As long as the Liberal Party is held hostage by a xenophobic far-right, solving for the leadership problem alone won’t work.

First published in Crikey on 24 September 2019 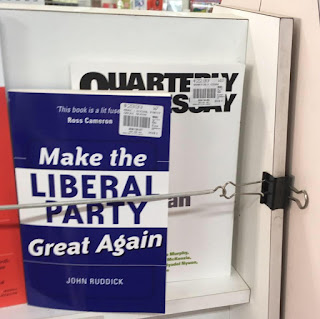