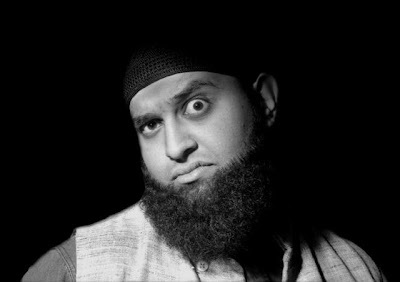 Israeli newspaper Haaretz profiles American comic Azhar Usman, co-founder of the Allah Made Me Funny tour. The report includes a video in which Usman says he would lobve an invitation to perform in Israel.

That's all good and fine. But if Usman did go to Israel, how on earth would they recognise him as Muslim? With his trademark beard and cap, Usman may well be confused for a member of the Beni Israil community from Mumbai.

Plus Usman has had plenty of exposure to Jewish religious cultures in America.

Usman, who is of Indian origin, grew up in Skokie, Illinois, a Chicago suburb with a sizeable Jewish population America (and Jews specifically for that matter) has a rich tradition of ethnic humor, and Usman has succeeded in making a living out of it.

I really hope Usman gets an invitation to perform in Israel. I also hopes he accepts it. Comedy can and must be used to build bridges. Leave the building of walls to politicians.