CRIKEY: The real Delhi: not as dirty, scary and chaotic as the media thinks 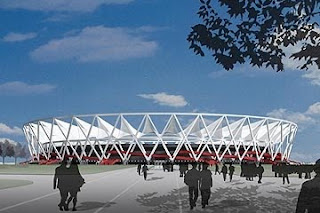 Over the past few weeks, we’ve read western sporting officials declare that Delhi’s Commonwealth Games won’t work because the city (and in particular the athletes’ village) is “filthy”, “uninhabitable” and “seriously compromised”.

It’s true that many Indians have been mightily peeved with their government’s handling of the affair. Tejaswini Patil writes that “one of the English media channels in India conducted a panel discussion which referred to the CWG mishaps as ‘national shame’”. And Amol Rajan talks of “the cruel irony” that “most Indians don’t care about the Games, because it will have such little effect on them”: ”And in any case, they care about cricket, not athletics. To them, the event is above all an expensive nuisance, and a distraction from the daily grind.”

The Indian media, like their Pakistani colleagues, know how to be critical of their government. I’m reminded of this each time I visit the house of my parents (both of whom were born in Delhi) and watch them switching between South Asian news channels. Indians have bigger fish to fry than dust on the toilet boils where elite athletes will be placing their buttocks. They’re more worried about more basic issues like the Indian authorities misleading the public on maternal mortality.

Too often Western media have a skewed view of South Asia in general and India in particular. On the one hand you have the Greg Sheridans of this world rabbiting on about India’s economic boom whilst rarely mentioning major corporate corruption and institutional weaknesses exposed by major scandals such as the Satyam scandal which erupted in January 2009 when the chairman of the Indian multinational confessed the corporation’s accounts had been falsified.

Then there’s security. Unlike western cultural warriors, Indians understand that terrorism has no race and no particular religion. In August 2008, a senior Hindutva leader was assassinated in the eastern state of Orissa. Maoist rebels claimed responsibility, but this didn’t stop Hindutva terrorists from going on the rampage against local Catholics and their institutions. Churches and other Christian institutions (including those linked to the order of the late Mother Teresa) were destroyed.

India is a country where extreme elements of almost all communities have used terror. Ajai Sahni, editor of the South Asia Intelligence Review, told Newsweek in late 2008: “The fact of the matter is you have Hindus who are terrorists. You have Muslims who are terrorists. You also have Christians who are terrorists. [S]everal other denominations that have proven their capacity for terrorism. We must realise that terrorism is simply a method by which civilians are intentionally targeted. That’s it.”

But it isn’t as if bombs go off in India everyday. India continues to host major sporting events in cricket, hockey and a host of other sports. And if any Australian deserves a gold medal in the upcoming Commonwealth Games, it is Mike Duffy, the Channel 7 reporter exposed on Media Watch last night who claims to have slipped a suitcase full of explosives through the security barricade of the Jawaharlal Nehru Stadium in Delhi. The story went across the globe. I read about it in The Economist.

And now serious doubts have been raised about Duffy’s and Channel 7’s credibility. Watch this space. 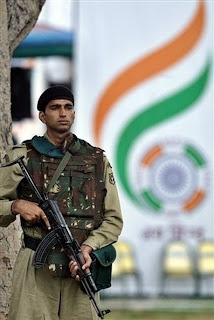