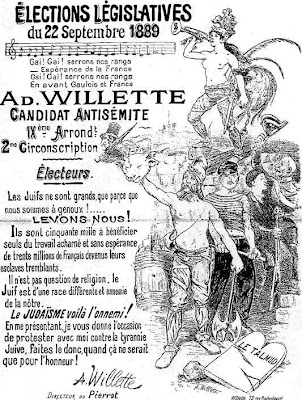 
Victorian Liberal Party campaign director Susan Chandler must have taken her cue from a stand-up comedian.

"How can anyone claim that I'm racist toward white people? I mean, some of my best friends are white."

In defending her viciously anti-Jewish slur on Melbourne Ports Liberal Candidate Adam Held was a "greedy f*cking Jew" for requesting extra campaign brochures, Chandler told The Australian that she had "many Jewish friends".

Regardless of the positive spin certain Jewish leaders might put on all this, the fact is that racist slurs are common parlance in certain sections of the Liberal Party.

In some Party circles, people have replaced political correctness with political erectness:

"a kind of macho ideology in which people mass-debate themselves into an ideological frenzy ... Most conservative politicians (and ideologues, editors and columnists) think that the only way to prove you are really conservative is to reach positions on all issues that are completely opposite to what the Left has come up with."

So if the Left oppose anti-Jewish slurring, the only way to prove your conservative colours is to not just oppose the Left but to actively use anti-Semitic slurs.

Then there's what one might call the “Howard factor”. Howard's Prime Ministership saw political erectness run rampant, allowing the likes of Pauline Hanson to get away with casting aspersions on Aussies of Asian, indigenous, African and other backgrounds.

Back in 1998, one talented conservative Young Liberal from the Sydney marginal seat of Parramatta (then held by Liberal Ross Cameron) resigned from the Party after spitting the dummy after he noticed no conservative MP's prepared to call a spade a spade and describe Hanson as racist. The response from the factional chiefs? One said: “Who cares? He was just a f*cking whinging Asian anyway”. The chief at least had the good sense not to put it in writing.

Hanson played an even bigger influence in the 2001 election. At the time I thought I’d have a crack at a hard-luck seat. They don’t come much harder than Reid (Laurie Ferguson’s seat in Sydney ’s geographical heart). Someone arranged for me to meet with an Afghan chap at a small Afghan mosque in Auburn . The poor chap had lost his young nieces in the SIEV-X disaster. After the meeting, I got onto the phone with campaign HQ. I told them about the conversation I'd had with the man, and how I wanted to make some statement about it.

“No way, Irfan,” said the voice from HQ. “You mustn't talk about this topic. I'm warning you that if you say anything about it, you might find yourself disendorsed and expelled from the Party. We are running hard on security and terrorism.”

“But these are young kids,” I objected. The HQ officer responded:

I believed that HQ officer. I said and wrote nothing in English. I made sure it was all said in Urdu, Turkish, Farsi, Arabic and Vietnamese instead. What HQ didn't know wouldn't harm them or me.

Of course, we all know it wasn’t temporary. Just as the mother of the Sudanese boy murdered last year. Just ask Dr Mohammed Haneef and his family. Fighting cultural wars is one thing. Using race as a weapon is something far more sinister and dangerous. It is politics’ answer to biological terrorism. Once the virus gets out, it can infect everyone.

Liberals must wake up to the fact that Howard’s use of race has infected their organization. When campaign directors can send anti-Jewish e-mails and senior Party officials distribute fake anti-Muslim leaflets, it means the infection has risen all the way to the top. Political erectness solves nothing in the long term. Liberals of all people should be the last to cast racial and ethno-religious aspersions on others. To do otherwise just isn't Liberal.

And as the Lindsay pamphlet and the notorious e-mail shows, prejudice can come back and bite you on the bum.

An edited version of this piece was first published in the Crikey daily alert for Tuesday 13 May 2008. 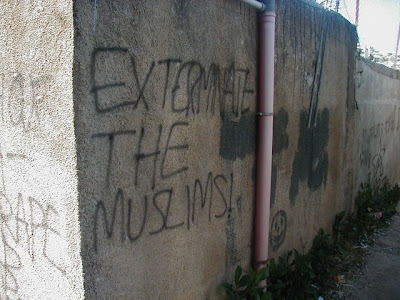