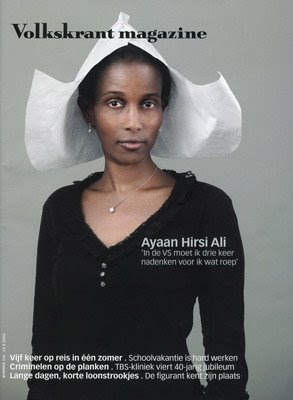 Nice one, wish I'd been there.

PS: thanks for the tip, will look that guy up.

I was at the CIS event. You promised to put the tape online. Let us judge for ourselves what she said and how she said it (I suspect she did not mean to be taken literally).

Besides, Ayaan isn't a neo-con or particularly far right. If you'd bothered to read her stuff, you'd realise she would far more easily fit into a classical liberal or libertarian position.

The AEI, where she works, is conservative/neo-con but hired her because they believe in supporting those brave souls who stand up for freedom from oppression.

Send me an e-mail, anon. I'll then send you the recording. I offered to send the recording to anyone who asks for it. Ask and ye shall receive.

Anonymous said...
This comment has been removed by a blog administrator.
7:52 pm