SECURITY: Deradicalisation programs: do they work?

A 16-year-old boy from suburban Sydney with no criminal record has been charged with an offence whose maximum penalty is life imprisonment. He was charged for an offence of planning or preparing to commit a terrorist act.

Apparently the boy was planning an attack on an Anzac Day gathering. Around 12 months before being charged, the boy was being monitored by NSW and Federal Police.

Debra Killalea reported on news.com.au that the boy had been referred to a deradicalisation program run by police in conjunction with psychologists, religious leaders, mentors and work placements. Killalea also expressed the opinion that


it appears clear the program has now failed.

Perhaps there are others in the community who believe that the arrest of the boy means taxpayer funds are being wasted on wasteful preventative programs.

Yet such diversionary programs are nothing new in conventional criminal law. All too often have I had clients referred to all kinds of courses and programs from anger management to safe driving as well as more serious programs designed to prevent more serious crimes. Often a magistrate will order a special report from the probation and parole office on whether the accused is an appropriate person for such a program. 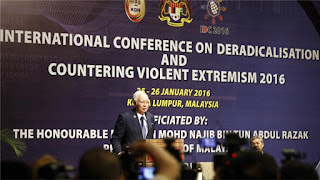 Unfortunately such programs don't always succeed in deterring people. A man who assaults his wife may assault her again, even after attending an anger management course. The alternative is to send the person to prison. But we all know that, upon release, a high proportion of prisoners return to the same offending activity.

So how should we deal with a 16-year-old boy with no criminal record? Immediately charge him? Journalists and politicians who make such simplistic suggestions do not understand the nature and difficulties in implementing our counter-terrorism system.

From 2001 until the end of 2014, some 64 separate pieces of counter-terrorism have entered the law books. Australia has effectively developed a parallel criminal justice specifically for acts deemed "terrorist acts". The definition of a "terrorist act" is defined in an extremely broad manner. This becomes especially difficult given that the concept of terrorism is so contested and politically loaded. The Kurdistan Workers Party is listed as a terrorist organisation in Australian, despite the fact that a number of Kurdish groups fighting Islamic State are believed to be linked to the PKK.

Australia is also developing a policy and set of programs under the umbrella of "Countering Violent Extremism". The 16-year-old accused participated in a CVE program. Whether you call it CVE or "deradicalisation", it's all the same. OK, not quite.

If you thought lawmakers and experts find it hard to define terrorism, wait until you see the problems with "radicalisation". The word has become a buzzword in counter-terrorism circles despite the lack of consensus on what it means. British criminologist Kris Christmann has identified eight separate models of the radicalisation process and 10 theoretical models in the scholarly literature.

This hasn't stopped the British deradicalisation program, called "PREVENT", from creating a legal duty on teachers and other staff to report students who are suspected of undergoing radicalisation. With such little consensus on exactly what teachers are to look out for, PREVENT has come under fire from teacher unions, schools and social workers. There have been cases of children as young as four being referred to a PREVENT program. 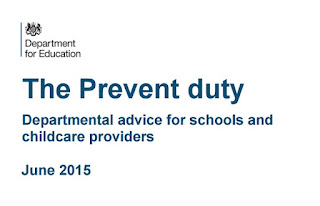 US lawyer Faiza Patel notes the US approach to CVE has tended to look for signs of Muslim religiosity, as if radicalisation is a kind of religious conveyor belt. The problem with this approach is that groups such as IS and al-Qaeda also use religious terminology extensively. By focusing on Muslim religious practice, US law enforcement authorities risk confirming the rhetoric of the very groups it claims to oppose.

Australia's approach has been far more cautious. The Commonwealth government's Living Safe Together website recognised the complexity of radicalisation:

There is no single pathway of radicalisation towards violent extremism, as the process is unique to each person.


At best, we can only realistically talk about


The Commonwealth government's guide entitled Preventing Violence Extremism And Radicalisation in Australia was criticised by a host of environmental and other groups who scoffed at the notion that any of their members could be inspired to commit acts of violent extremism. Presumably the intention was to ensure the community understood that any form of youthful radicalisation could become dangerous. And that includes far-Right extremism. 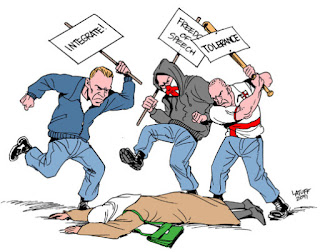 Whatever the problems with our current deradicalisation system (and in my opinion there are plenty), one arrest isn't enough to remove it altogether. Properly thought-out preventative and educational measures developed and rolled out in conjunction with communities and experts are far more effective than hyper legislation and political and media circus.

Irfan Yusuf is a lawyer, award-winning author and a PhD candidate at the Alfred Deakin Institute of Citizenship and Globalisation. First published in the Canberra Times on 26 April 2016. 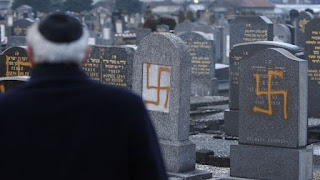