SECURITY: Are we on our way to becoming a police state? 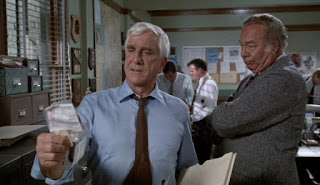 The greatest comic cop ever to grace a Hollywood screen was Frank Drebin, lead character in the cult comedy The Naked Gun. Readers may recall a fiery exchange between Drebin and the LA mayor in which Drebin proudly declares:


Well, when I see five weirdos dressed in togas stabbing a guy in the middle of the park in full view of 100 people, I shoot the bastards. That's my policy.


That was a Shakespeare in the Park production of Julius Caesar, you moron! You killed five actors! Good ones!

Thankfully our police officers are not as keen to fire at someone in a toga or similar exotic dress. Our police understand that killing or severely injuring a suspect doesn't automatically bring justice to victims. Justice is done in court before a judge (and possibly jury), with police evidence tested by counsel for the accused.

But we are now living in the age of terrorism which, as far as the Commonwealth Parliament was concerned, didn't exist before 9/11. So before 9/11, there was no separate offence or regime to cover terrorism.

Since then, the Commonwealth has been behaving as if more Australians were being killed in terrorist attacks than by sharks or in motor vehicle accidents. The result is that our police and intelligence agencies have been given extra powers.

Extra, unprecedented powers. And then more powers. And if that isn't enough, even more powers. Not only are terrorist acts (defined very broadly in the legislation) criminalised, but so is conduct ancillary to terrorist acts. Organisations that so much as praise a broadly defined terrorist act can be banned without any judicial review. People can be held incommunicado if they are suspected of having information related to a terror offence. Incommunicado. Suspected.

What we have aren't just a few amendments or a new offence. As the Secretary of the Attorney-General's Department noted at a conference in September 2006, what we now have is "a whole new area of criminal law and law enforcement procedure". With all these additional powers come additional complications for officers on the ground as well as for commanders in HQ. Police officers are seasoned professionals. They are trained to deal with a wide variety of situations. Australia does not need to become a police state for police to earn the respect of communities they work to protect.

However, in their enforcement of counter-terrorism laws, police have made serious errors. These errors were present in the case of Harun Causevic​, the accused Anzac Day terrorist, whose terrorism charges had to be dropped for want of evidence.

The unprecedented nature of our new terrorism legal system presents a major challenge to our individual liberties. Chest-beating conservative politicians tend to be keen to forget individual liberty when it comes to criminal law. The racial hysteria surrounding terrorism is such that all kinds of religious observance (even halal meat certification) is treated as a possible avenue of terrorism. If a senior religious scholar speaks of terrorism's "causative factors", he is howled down and lampooned by politicians and pundits who are happy to explain away their own cultural warrior fetishes using the most dubious "causative" explanations.

In this environment of fear and hysteria, and with so many counter-terrorism laws unused, NSW police are being given powers to shoot terror suspects engaged in hostage-style attacks without making some effort to "contain and negotiate". According to some counter-terrorism experts, negotiations don't work with terrorists whose sole aim is to cause as much damage as possible before achieving some kind of demented martyrdom. This betrays a rather simplistic understanding of terrorists and their motives. 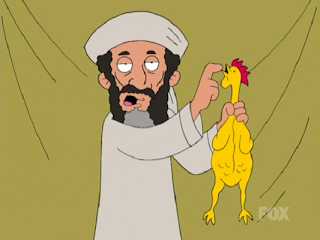 And how will police know whether the person they're dealing with is such a terrorist? Is it their shouting "Allahu Akbar" ("God is greater")? Is it by their name? By their holding up a flag that isn't quite the IS flag? Hopefully it won't be that simple, though details of the policy and the training remain under wraps. And in case you thought this policy and training was in response to the horrific attacks in Paris, AAP reports that

senior officers say the new policy and a training program for every officer in NSW has been in the works for several years.


Indeed, in an interview with Radio 2UE, NSW Deputy Police Commissioner Nick Kaldas​ referred to the Mumbai attacks, in November 2008, as an instance in which

you have a mobile enemy force, which moves through places and kills people … we would be mad to continue to say we will do nothing but contain and negotiate.


Of course, the ideal is to minimise loss of life – including the life of the terror suspect. Terrorists aren't the only people who take hostages or to hold suicidal fetishes while doing so. Our sum total of knowledge of terrorism will hardly be helped if suspects are merely identified and shot dead.

These powers need to be used sparingly, if at all. Guidelines need to be clear, and there is no reason for them to remain unpublished, for the protection of both the public and police officers themselves.

Irfan Yusuf is a PhD candidate at the Alfred Deakin Research Institute for Citizenship and Globalisation, Deakin University. First published in the Canberra Times on 20 November 2015.
Posted by Irf at 5:39 pm