OPINION: Calling the prejudice around Barack Obama by its true name ... 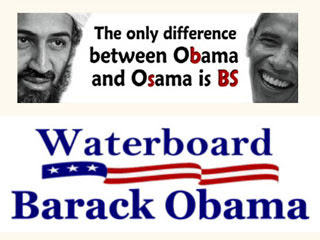 WATCHING the US election from a distance, it's hard not to be convinced that many American voters may have lost the plot.

Over 40 million Americans have no health insurance. A March 2008 report from the non-partisan, non-profit organisation National Priorities Project estimates that the total cost of the Iraq War by the end of the 2009 fiscal year will be $US745.7 billion, with the US Government surplus for the same period reaching up to $US1 trillion. Americans are having their homes repossessed at an alarming rate, and around a million are homeless. And yet millions of American voters could be swayed by the middle name and religious heritage of one of the presidential candidates.

The United States is arguably the most secular nation on earth. The pledge of allegiance recited by school students across America may refer to "one nation under God", but the US Constitution states an atheist can be elected to even the highest office in the land. As can a person of Catholic, Jewish, Hindu, Buddhist, Muslim, Shinto, Zoroastrian and any other background.

Yet the voting choices of millions of Americans (including those hardest hit by hard economic times) could be swayed by sectarian prejudice. Barack Obama may be 10% ahead in the polls, but some are wondering whether many voters are telling pollsters the truth.

In Obama's case, this isn't just a case of the Bradley Effect, the phenomenon London's Times recently described as polls overestimating support for an African-American candidate because "when race is involved, voters misrepresent their intentions".

It isn't just racial prejudice at work here. Many voters are less concerned about Obama's late mother spending her last days fighting health insurance companies over the costs of her cancer treatment than they are about why she married a Kenyan man who gave her son a middle name as common as John in some parts of the world but which Americans associate with a nasty non-Christian religion. As one Ohio voter told The Times:

I ain't gonna lie to you. A lot of people around here don't want Obama because of his colour. And it's his name that bothers me. It's Muslim.

John McCain told David Letterman that Sarah Palin's claims Obama was "pallin' around with terrorists" referred to William Ayers. Letterman reminded McCain that Palin referred not just to one terrorist. McCain explained this away with the words: "Millions of words are said during an election campaign."

Indeed. And some 28 million DVDs have been distributed in major newspapers in swing states by a pro-Republican group reminding American voters that "radical Islam" is at war with the US.

Prejudice is such an effective political tool. It doesn't need facts and logic to sustain it. Prejudice can manufacture its own "facts" which, when mixed with innuendo, take on a life of their own.

Prejudice is an advanced level of hatred. Generally hatred is fuelled by ignorance and cured by hard facts, but all the facts in the world cannot combat prejudice.

Some pundits have turned manufacturing facts into an art form, one claiming that Obama's wearing of a sarong in Jakarta and occasionally attending the mosque with his stepfather's relatives was a clear sign that he "practised Islam". The same pundit also suggested that the name "Hussein" is known to be associated only with Islam.

What we don't hear is the story that children across the Muslim world learn — the story of the rabbi who 14 centuries ago joined the religious movement of Muhammad. That rabbi was asked by Muhammad to change his name to Abdullah, literally meaning "God's servant". And the rabbi's original name? Hussein.

Recently FoxNews featured an "expert" who claimed Obama's work as a "community organiser" was "training for the overthrow of the government". The New York Times later exposed this "expert" as a serial litigant who once described a judge as a "crooked slimy Jew".

Australians have experienced this kind of imbecilic politics. In the 2004 election, an ALP candidate in the western Sydney seat of Greenway faced the same treatment. A fortnight out from the election, one Sydney columnist wanted to know why the candidate didn't explain what the names of his parents signified. On the eve of the election, a mysterious pamphlet circulated claiming the candidate would work for Islam. A seat that was once safe Labor became Liberal.

The Liberal Party denied responsibility for the pamphlet. When the same trick was tried in Lindsay in the 2007 election, one honest Young Liberal tipped off the ALP campaign team. The rest, as they say, is history.

Obama isn't just facing the Bradley Effect. What we are seeing in this presidential election might be described as the Lindsay pamphlet effect. One can only hope that, on this occasion, decent Republicans will expose the fraud.

Irfan Yusuf is a Sydney lawyer and a former federal Liberal candidate. First published in The Age on 20 October 2008. 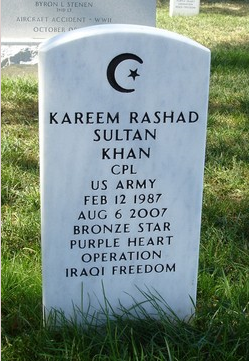 Posted by Irf at 5:22 pm No comments: Links to this post