Political conservatism is such a wonderful thing. The status quo is worth maintaining because it obviously works. If it didn't, people wouldn't allow it to remain the status quo. But if you find the status quo doesn't work, change it gradually. It recognises that the populace are human beings not accustomed to radical change. Evolution always makes more sense than revolution, unless your preference is the rule of guillotines.

Since 1975, the Commonwealth has had in place the Racial Vilification Act, which seeks to implement our international legal obligations including the International Convention on the Elimination of All Forms of Racial Discrimination. Twenty years later, the act was amended to introduce provisions on racial hatred.

These provisions, contained in Section 18C, make it unlawful for someone to publicly do something that is reasonably likely to offend, assault, humiliate or intimidate someone or a group. Now it isn't just any action that could be unlawful. It must be an action that is done because of the other person or group's race, colour or national or ethnic origin.

The provision makes such an action unlawful but not necessarily a criminal offence. An offended party or group must first make a complaint to the Human Rights Commission, which will then try to conciliate the matter.

The provisions were passed with the support of the Keating government and the Howard-led opposition. Tony Abbott sat in the same Parliament.

In its 2008-09 publication Federal Discrimination Law, the body we now know of as the Human Rights Commission stated: ''Racial hatred provisions were introduced into the RDA in 1995.

''The majority of cases decided under the RDA in recent years have involved consideration of those provisions.''

In other words, Section 18C has represented the vast majority of cases decided by the Federal and other courts. This in itself is not a bad thing. Judicial decisions make up a fair chunk of our common-law system.

So what is the purpose of such, or indeed, of any law? During his first speech on August 14, 2000, Senator George Brandis spoke of the importance of civil and other liberties. ''It follows from what I have said that the first duty of any government is to protect the liberty of the citizen to choose his own ends - and that includes protecting the liberty of the citizen from government itself.''

But as a relatively ''wet'' or ''small-l'' liberal, Brandis emphasised that ''of all the obligations of government, perhaps the most fundamental is this - the obligation to protect the weak from the strong''. No doubt this is exactly what parliamentarians at the time had in mind. The legislative consensus was that individuals and groups can be, and often are, subject to vilification by the more powerful. Such vilification has real effects on the lives of real people. 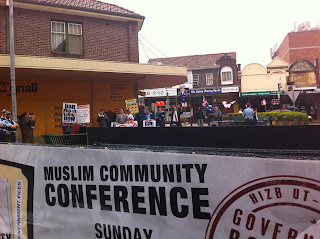 When it comes to the strong versus weak binary, Bolt was hardly in the category of the latter. He is the main columnist of the most widely read newspaper in the country. He has a TV show which, despite poor ratings, still commands a bigger audience than all the allegedly ''white'' Aboriginal complainants in the Bolt case combined. He has the ear of Coalition parties.

On December 7, 2009, Bolt blogged: ''Our traffic last month smashed all our previous records. The blog registered more than 2 million page impressions from more than 300,000 unique browsers.''

In the rare event Bolt's writings land him in a spot of legal bother, he has the benefit of in-house lawyers and external counsel all paid for by Rupert Murdoch.

The existence of Section 18C of the Racial Discrimination Act hasn't stopped Bolt from vilifying Africans, refugees, Muslims, Lebanese and other groups. Nor has it stopped the moderators of his blogs from publishing violent, paranoid, racist and even genocidal remarks.

Yet now, for the benefit of Bolt and his employers, Brandis is prepared to abandon his own principles, allowing Bolt to use his substantial power to trample on the weak and vilify minorities.

On May 7 this year, Brandis asked an audience at Gerard Henderson's Sydney Institute: ''Who defends freedom of speech in Australia today? Is it really to be left to a few conservative commentators like Andrew Bolt and Janet Albrechtsen; a couple of think tanks like the Sydney Institute and the Institute of Public Affairs; and the Liberal Party?''

Perhaps a better question to ask would have been: Why should an allegedly conservative government introduce revolutionary legal measures to protect the ''right'' of powerful columnists and shock jocks to abuse their freedom of speech to vilify others? 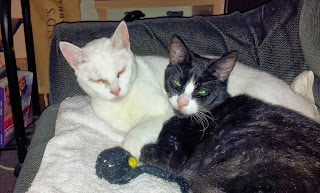 Sadly, this is nothing new. Readers may recall the adverse 2007 report of the Australian Communications and Media Authority about Alan Jones. ACMA's 80-page report had criticised Jones' broadcasts in the days leading up to the 2005 Cronulla riots.

What was the Coalition government's response? Then-communications minister Helen Coonan effectively threatened to gag the independent watchdog she appointed. Coonan, a former barrister like Brandis, said: ''Alan Jones has made an indelible mark on broadcasting during his long and outstanding career and I encourage the industry to address any concerns that they might have with the current code with a review to ensure it best reflects community standards.''

So if your buddies in the media fall foul of the law, no worries. Just change the law.

It doesn't sound like responsible, let alone conservative or liberal, government to me. 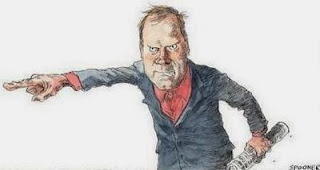 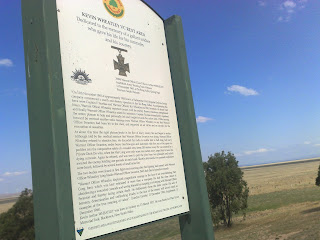