OPINION: ALP can mine marginal seats 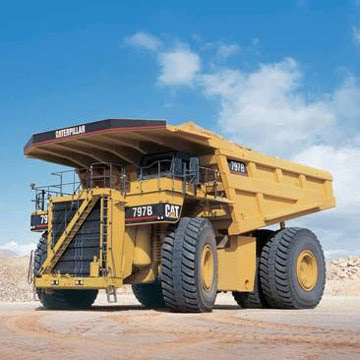 Julia Gillard has impeccable working class credentials. Her parents were one of many “ten-pound Poms” migrating to Australia in 1966. Her first speech, delivered on Remembrance Day 1998, referred to her identifying with local communities of families on low incomes and possessing a fighting spirit.

Gillard's own father was a coalminer. He must have had many a tale of hard work, sacrifice and danger in the mines. And of terrible working conditions and poor remuneration.

The Daily Telegraph reports that Gillard's grandfather was injured in a mining accident.

My father was one of seven kids in a coal-mining village and their father was injured in a mining accident, which means he could only do surface work, which was not as well paid.

Mining seats are crucial for Labor to retain or win if Gillard is to be elected and remain Prime Minister. One such seat is the very marginal central Queensland seat of Dawson, currently held by retiring Labor MP James Bidgood.

The seat takes in Mackay, a large coastal city, as well as the popular tourist destination of the Whitsundays. While there are no coalmines within the seat, Mackay and other cities are home to a large number of people employed by mining companies or their contractors.

One cannot overestimate the importance of mining in providing jobs and livelihood to the people of Mackay and the rest of Dawson. During the past decade, Mackay has become the location of choice for many mining service companies supplying and consulting to mine operators.

The fighting spirit of many mining families isn't the same as that referred to in Gillard's maiden speech. Fly into Mackay and you might find some of the same issues miners have always dealt with. The airport walls are strewn with advertisements for personal injury solicitors, many specialising in industrial accidents. The Daily Mercury, the local newspaper, regularly prints front page stories of industrial accidents and fatalities.

But living dangerously is also very lucrative. Mining is no longer a working class game. John and Moira Gillard would not have had it so tough had they found themselves in central Queensland today. In Sydney or Melbourne, an auto- electrician can earn $60,000 per annum. In the Bowen Basin coal reserve in central Queensland, the same tradesman earns more than double this amount.

For a Sydney-slicker like myself, landing in Mackay felt like landing on another planet. I'm used to working in a snobbish, highbrow place where the number of figures on your paypacket is almost always determined by how many letters you have after your name. A perusal of the MyCareer jobs website showed advertisements for a maintenance supervisor ($115,000 per annum), a drill and blast crew member ($140,000) and a production supervisor ($150,000). These jobs are all based in Mackay, the largest city in the seat of Dawson.

In Mackay's city centre you'll find shopfronts for RBS Morgans and Bell Potter Securities. Parked outside are hotted-up utes and trucks, the luxury vehicle of choice in this part of Australia. With even contract dump truck operators earning $60 per hour, it's little wonder the stockbroking firms are doing a steady business here.

Mining companies would have you believe that a super profits tax could lead to the sky falling down on communities such as Mackay. To what extent has this campaign worked?

One would expect that miners and contractors might feel shocked to learn just what small proportion of mining company profits is taxed. But anecdotal evidence shows that miners have little concern for how much tax their employers pay. They know they’re on a good wicket, and arguments about limited resources aren’t going to help.

What could help the ALP's chances is offering to pour money into infrastructure in these areas. The sad reality is that multinational mining companies see local resources and communities as fodder. Regional councils such as Isaacs, Mackay and Whitsunday are struggling to provide sufficient infrastructure to keep up with the growth in economic activity arising from the mining boom.

The nature of mining work has its social costs. Miners work long shifts, spending between four and seven days away on site or underground followed by a roughly equivalent period of time at home. The resulting strain this places on marriages and relationships (especially on children and youth) is then picked up by poorly paid community sector workers.

Politics is all about numbers. Key seats like Dawson need to be factored into the equation. At the heart of this is the mining tax. Mining companies need to pay their fair share, and they have often failed to contribute to the infrastructure and social mess their operations leave in our regional areas.

If Gillard cannot create a wedge between mining workers and their bosses over tax, she can at the very least sell to workers the idea that mining company dollars are desperately needed to improve the quality of life for residents and to properly resource services desperately needed.

In other words, any tax must be directly linked to improved services in mining communities. Perhaps mining companies could be granted tax concessions if they could show substantial investment in community projects beyond what little is already done. Perhaps some kind of community development fund could be established. This will not only be smart marginal seats politics. It will also be sound policy.

Most importantly, it will show that mining companies are being slugged not just to pay nebulous public sector debt but rather to benefit the communities that benefit them.

Irfan Yusuf is a lawyer and author currently based in Mackay. This article was first published in the Canberra Times on Friday 2 July 2010 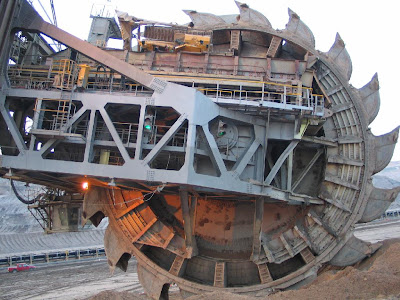 Posted by Irf at 10:03 am No comments: Links to this post