OPINION: Risk of marginalisation in Western talk of the universal ... 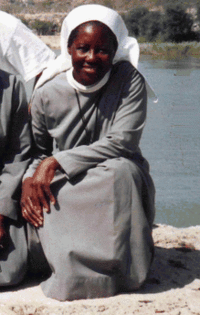 It takes a lot of guts for a non-Catholic to comment on World Youth Day, especially one like me who has an enormous soft spot for Catholics.

It all started in the mid-1970s, when I was the only brown-skinned boy at Ryde East Infants School in north-western Sydney. Having lots of female friends (it was more pity than attraction) wasn't the main reason I was bullied. Rather, it was that I looked like an Aboriginal, something a teacher advised me to take as a compliment as it made me more authentically Australian. Plus, my mum (in her exotic, gorgeous saris which made many a hippy mum extremely jealous) dressed differently.

As if that wasn't bad enough, some bullies used to accompany me home, demanding protection money in return for protecting me from even meaner bullies. It was schoolyard mafia at its worst.

Then, one day while walking home from school, I noticed a blond-haired, blue-eyed kid who wore a slightly different school uniform to me. He wore a blue shirt that had a small yellow cross embroidered onto it, and his school bag was emblazoned with the words Spiritus Sanctus.

I couldn't understand exactly why he was being teased and bullied. After all, he looked just like the bullies. This anomaly in playground mafia discrimination policies really confused me, and one day I confronted one of the bullies.

''Why are you teasing him? He looks just like you. I'll bet his mum doesn't wear a sari.''

I ran home overjoyed by this news, which I excitedly shared with Mum. Her response was to befriend every Catholic in the street. Suddenly, I didn't just have South Asian aunties, I also had Maltese and Italian and Irish and even Aussie aunties as well. I became a culturally liberated six-year-old. For Mum, it was a case of showing solidarity with the fellow oppressed.

Many years later, during a divinity class at a low-church Sydney Anglican boys school, my very conservative chaplain (he was a huge fan of Fred Nile) joined the Ryde East playground mafia in indoctrinating me against Catholics. He was rather less ecumenical than my mum, and even claimed that the beast labelled 666 in the Book of Revelation referred to the Pope.

In fact, the chaplain always referred to them as Roman Catholics, to emphasise they weren't real Catholics. It was at that time that I learned the actual meaning of the word catholic universal. Surely the Sydney diocese of the Church of England had a greater claim to being universal.

Muslim Australians love to whinge and complain about discrimination. But what we've gone through at the hands of pseudo-conservative governments (often in response to the pseudo-sensible remarks of imbecilic thick-Sheiks) is only a fraction of what Australian Catholics have had to put up with for more than a century.

So it's with great joy that I watch members of my mum's coalition-of-the-bullied celebrate World Youth Day in Sydney. I'm really glad that Catholics have come this far, from the days when kids from Catholic schools in my street used to get bashed up, to now openly celebrating their faith in the presence of the Pope.

But based on my experience with so many official (and allegedly universal) Muslim gatherings, I have some reservations.

Both Islam and Catholicism are universal faiths. Islam, like Catholicism, has historically been fairly culturally neutral, taking on the indigenous cultural symbols of places it has settled in. Yet some Arabs always try to dominate so much of the Muslim agenda.

The largest Catholic country on earth isn't in Europe. It is situated in the largest Catholic continent on earth South America. I was happy to see images of Brazilian pilgrims playing traditional drums and swaying their hips. If only allegedly orthodox Muslims made more room for pulsating Indian qawwali songs and Indonesian wayang shadow-puppet shows. However, I wasn't terribly happy to hear Cardinal George Pell talking about declining birth rates in the West.

No doubt, I too am concerned about Albanian Muslims and Portuguese Jews reproducing less than their ancestors, just as I'm peeved about the offspring of European (and indeed Western) Muslim migrants engaging in cultural integration by having as few kids as their Christian fellow citizens.

However, I really can't see the need for Catholic clergy or Muslim media commentators to take on the role of Western demographers. What do European birthrates have to do with Catholics from Goa or Bolivia?

So much of the prejudice that underpins those claiming to speak on behalf of our Judeo-Christian heritage is the same prejudice that led Aussie bigots of yesteryear to despise Jews and Catholics. It is built upon transforming universal religious and cultural symbols into racial and sectarian weapons of mass exclusion.

I don't believe Cardinal Pell was playing with weapons of mass exclusion in his comments about population decline in the West. However, I must wonder at the wisdom of such remarks, given the presence of so many non-Western pilgrims who regard themselves as equally Catholic as my mum's old European Catholic friends.

Why reinforce the mistaken notion that the terms Christian and Western are synonymous?

When a truly universal sense of Christianity sinks into our nation's collective psyche, the chances of bigoted politicians and media personalities successfully using our Christian heritage as a cover for their un-Christian attitudes will diminish.

Perhaps then Australians who look different (including those resembling Jesus and his mum) won't feel like foreigners and outsiders. Amen to that. 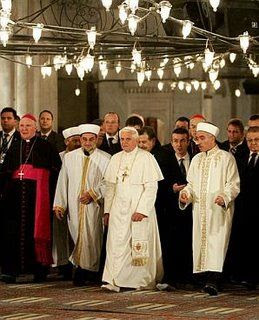 Irfan Yusuf is a Sydney lawyer and writer. This article was first published in The Canberra Times on Friday 18 July 2008.